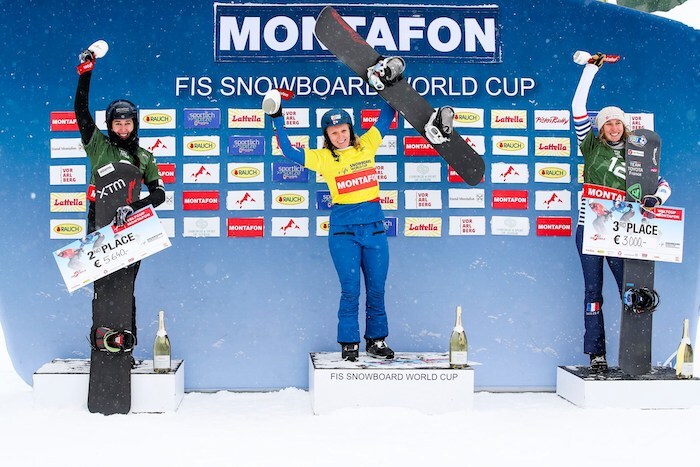 World Champion Charlotte Bankes, France’s Chloe Trespeuch, Belle Brockhoff of Australia and Meryeta Odin from Canada made it into the big final of the day.

The Australian was the first out of the start gate, but World Champs Bankes was super tight behind Brockhoff, trying to go for the pass already in the first banks.

The mixed-team World Champ (together with teammate Jarryd Hughes) of Australia, Belle Brockhoff was continuing to be in the lead, but after the next bank, the World Champ generated enough speed to make the pass on the inside line.

Bankes continued to stay in first position and at this stage, she seemed unstoppable.

Chloe Trespeuch and the Canadian battled it out in the back of the heat, where it was the French athlete managing to get into third and getting dangerously close to Brockhoff, who was sitting in second at this point.

But in the end, it was Bankes crossing the finish line first, Brockhoff taking second spot and Trespeuch rounding out the podium. 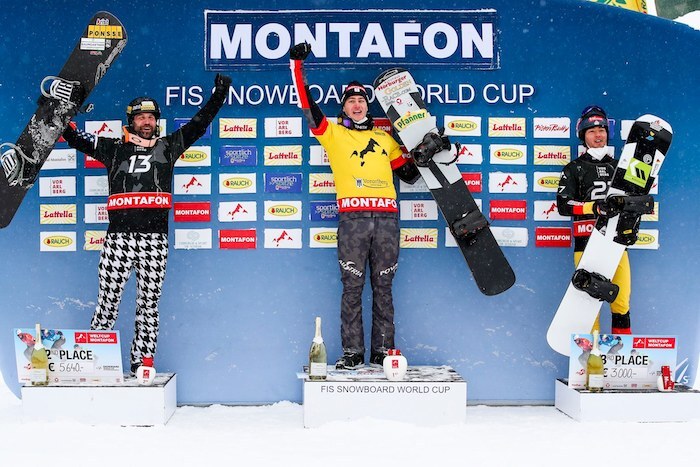 On the men’s side of things, home hero Alessandro Haemmerle (AUT) and veteran Nick Baumartener, as well as the German duo Martin Noerl and 21-year-old Umito Kirchwehm got into the big final of the day.

Martin Noerl had a perfect start out of the gate and therefore managed to take the lead into the first bank and the following features, with Haemmerle super tight just in second position, trying to take the lead of course.

39-year-old US veteran Baumgartner, who delivered really strong performances and was neck-and-neck with Haemmerle in every heat leading up until the big final, was sitting in third.

Noerl was leading throughout most of the course and it looked as if he was going to go for the win, but then, in the last right-side turn somehow the German seemed to have lost balance and fell.

That was precisely, when Haemmerle took over the lead and from that point on everybody knew that he was going to defend his title and take the victory for a third time here at his home race in Montafon.

Although Baumgartner was getting quite close, it did not suffice for a win, but nevertheless, it was the American’s second podium spot this season, definitely making a statement that he is not to be counted out.

And as for Umito Kirchwehm, it was his maiden podium here in Montafon with the third place, so congratulations to the young German on this achievement. The new owners of the leader bibs are now Charlotte Bankes with a total of 180 points and Alessandro Haemmerle with a count of 200 points.