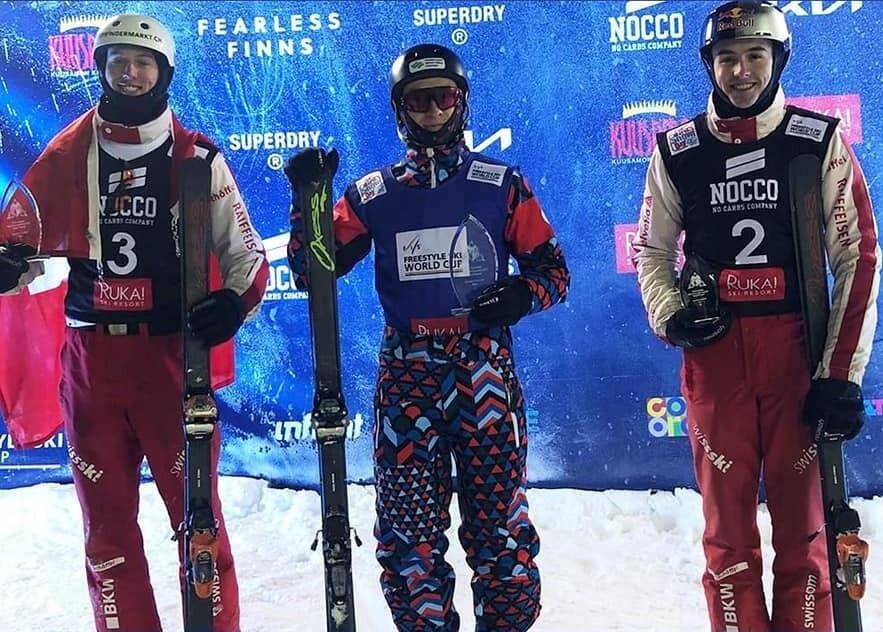 On the women’s side Kong Fanyu came with a strong performance as she was able to outscore all the favourites to snag her career’s third World Cup win, and her first victory since 2016.

Qualifying in eighth place, Kong was able to steadily step things up in the finals, landing her double Full-Full for a total score of 89.53 points.

With both Kong’s teammate Xu Mengtao and Australia’s Laura Peel failing to put their final jumps to their feet, the 28-year-old aerial skier from Heilongjiang managed to stay atop the ranking and grab the World Cup leader’s yellow bib in the process.

Second place of the day went, ex aequo, to Zhanbota Aldabergenova (KAZ) and Shao Qi (CHN), who both received 80.04 points for their Lay-Fulls in the super final.

Things were equally exciting over in the men’s competition, where the reigning World Cup champion clinched his second victory on the venue in Ruka in extraordinary fashion.

Maxim Burov led the way already in qualifications and then put another amazing jump down to stay in top-3 just behind his teammate Stanislav Nikitin after the first round of finals.

Then in the super final, Burov left no doubts on who was the strongest athlete on the day, stomping his double Full-Full-Full perfectly for a score of 122.17 points.

Dropping next, Nikitin couldn’t quite land his double Full-Full-Full faultlessly, which left Burov with his career’s 11th World Cup victory.

Pirmin Werner (SUI) also showed some impressive execution on Thursday and finished the day in second place with 118.10 points, while also performing a double Full-Full-Full in the super final.

Rounding out the men’s podium in third place was Noe Roth (SUI), who received 115.84 points also for his double Full-Full-Full.