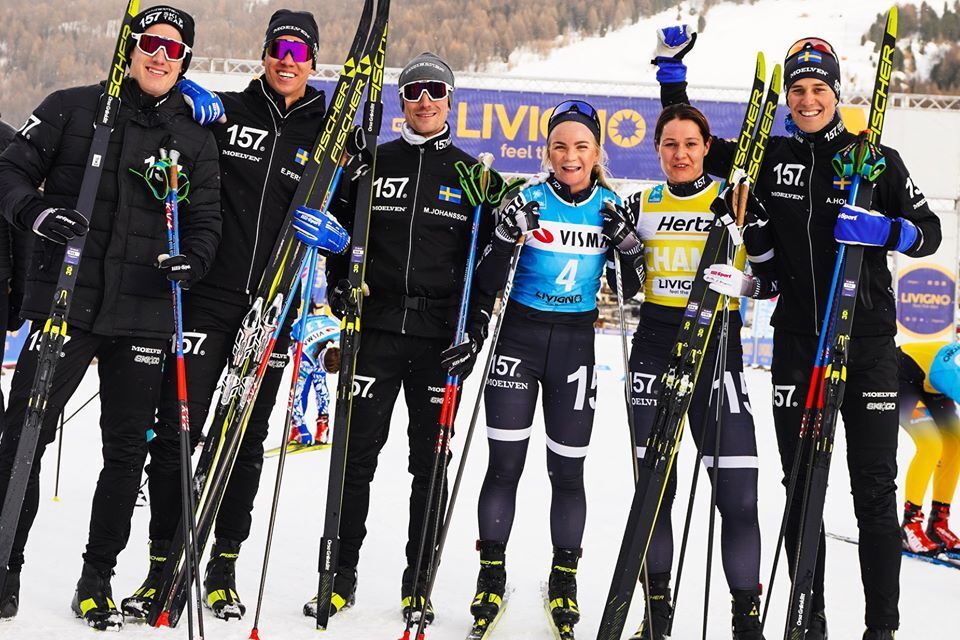 The first event of the Visma Ski Classics Season X, Pro Team Tempo, offered excitement and strong performances from the top Pro Teams in the field.

The 15 km race in Livigno started with the men’s race where each team’s members skied together in three-minute intervals between Pro Teams, and the time was taken from the team’s third best skier.

The women started their pursuit race right after the men's tight competition based on the time difference gained by the men.

Team Kaffebryggeriet, Norway, started a bit slow but sped up and managed to be the third fastest male team, but they did not have a female skier to finish up the race.

Team Ragde Eiendom, Norway, was able to shake off their bad karma they have previously experienced in Pro Team Tempo and finished as the fastest male Pro Team five seconds ahead of the Swedish team.

Team Koteng started really well, but the last 5 km lap turned out to be extremely hard for them. They finished 4th and the gap between them and the winning team was 24 seconds.

Øyre Slind and her Team Koteng was second while the two new faces in Team Ragde Eiendom worked together and took their team all the way to the podium.

“I was nervous before the race,” Johansson Norgren admitted at the finish.

“This was very much like last year, and I knew that Astrid is in good shape. We had the same speed and I just wanted to make sure that she can’t catch me. I think our team knows how to do this competition format, and it feels great to win again.

I’m now excited about the Sunday’s race and I expect to see a tight fight against Astrid and the other strong women.”

On Sunday, the Livigno Prologue, 35 km individual mass start race, starts at 9:20 am CET with the women’s race followed by the men’s one at 11:15 am CET.